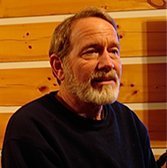 I was born April 5 1951 in Richmond, VA. I'll  be 63 by the next race. I currently reside in Powhatan Va in a log home I built myself. I also built my car myself.I hope to run 5 races in the 2014 season.I hold degrees in music education and special education.I currently restore historic buildings in Richmond VA. I have 2 children and 1 grandchild.

I started racing at age 50 in a spec RX7. I moved to ITA, then H production in Honda CRX. I averaged 2 races a year. I won a few races in production, then moved to F5 where I raced a couple of years before taking a year off to build the F6. Most of my racing was at Summit Point where I did both of my drivers schools. I was voted most improved driver in 2002 for the WDC region.