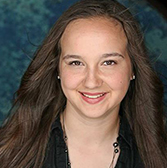 Katelyn is a Texas native and in her third year at the University of Kansas, where she is pursuing a double major in mechanical engineering and business. She is also involved with Jayhawk Motorsports, the Formula SAE team at KU. After working with the team since her freshman year, she is now co-captain of the team and will be captain her senior year.

At age 9, wheel-to-wheel kart racing on dirt tracks became an addiction, one that gradually took the whole family on the road from Friday night to late on Sunday at tracks across northeast Texas. Several years on dirt yielded to the asphalt road course and autocross. After a couple seasons in Formula Junior and a learner’s permit, Katelyn hopped into a succession of cars and the hook was set.

By her third trip to Lincoln she captured a National Championship in a Honda she had been in for only one prior practice session the day before. For the next it was her third day out in yet another car, an F-Modified, that carried her to a second place finish. 2013 brought her 2nd championship win in yet another unfamiliar car, a Toyota. In the 2014 championship, she drove the KU FSAE car to a 3rdposition finish.

We are sure that the future holds more promising opportunities than we can currently envision, beginning with the chance to compete in the 2015 F600 Challenge.