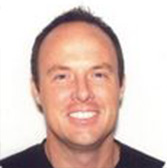 Eric's racing background began at the age of 4, racing Motocross at local events in Michigan.  It was this desire for competition that kept him racing dirt bikes on and off for the next 30 years.  Eric's father,  Pat McRee began racing Formula 500 cars in 1999 and Eric was quickly bitten by the road racing bug.  After years of wanting to race, Eric finally pulled the trigger and bought a F600 car in 2015, won the 2016 ARRC race in his first appearance at Road Atlanta and ran his first SCCA Majors event in 2017 and finished 2nd in the Mid-Ohio Super Tour race. In 2019 he won the Formula 600 Challenge Series championship, Hoosier Super tour Championship, and finished with a Bronze medal at the VIR Runoffs.   And he just won the Sunday race at the 2020 June Sprints

Eric is a dedicated family man, father and commercial pilot.  He enjoys flying airplanes, mountain biking, and boating in his spare time.