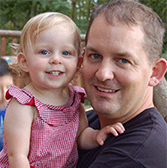 I ran my drivers school in Feb 2010 with the F600. My first F600 started life as a KBS Mk.7. It was converted to a F600 by Jay Novak. It also received a complete suspension upgrade front and rear to the Novarace style suspension. I think the only think left of the KBS is about 60% of the frame and the modified front a-arms.  The car is powered by a 2008 Suzuki GSXR with Power Commander.  It was the 2nd F600 to hit the track.  I won the inaugural F600 SARRC Season Championship in 2012. I also hold the track record for F600 at Charlotte Motor Speedway.  This car has since been sold and I have bought a ne Novarace Blade F600 which is currently being assembled.