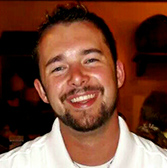 After attending my first race at 4 months and watching my Dad race. I started racing karts when I was in middle school but after 3 years I stopped. A few years later I started racing motocross on ATVs. After high school, I moved to Virginia and completed my degree in Finance. While in college I raced Motocross in the 250 class and won a few races over the years. 2015 was my first season with the SCCA and the 600 Challenge where I completed my driver’s school and 3 races. In 2016, I was the Central Division Champion in F5 along with taking the FE Championship. In 2017, I repeated as the F5 Central Division Champion and took home wins and a 2nd and 3rd at the June Sprints. I am looking forward to many great years of racing as a second generation driver!